Delhi Police Visit to Twitter India Office: Is this Just a Routine Visit? 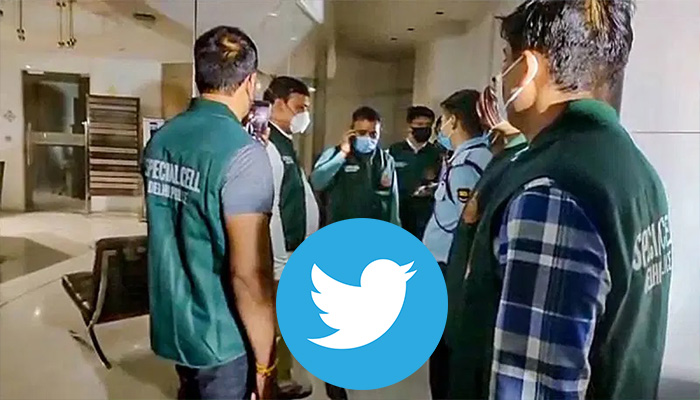 On Monday, two Delhi Police teams visited the Twitter India office to serve the notice which is connected with the probe into the alleged 'Congress toolkit' matter. The Delhi police special cell teams stated that It is a casual or routine visit on the twitter office.

"This was necessitated as it was to ascertain who the right person was to serve a notice, as replies by Twitter India MD had been very ambiguous," said police.

The Delhi Police visits came after the hours when special cell issued a notice to Twitter demanding an explanation over the statement of one of spokesperson person of BJP Sandeep Patra in his tweet on 21st May.

Friends look at the #CongressToolKit in extending help to the needy during the Pandemic!
More of a PR exercise with the help of “Friendly Journalists” & “Influencers” than a soulful endeavour.
Read for yourselves the agenda of the Congress:#CongressToolKitExposed pic.twitter.com/3b7c2GN0re

Delhi Police sent a Twitter notice and asked them that on what basis Twitter decided to add a ‘manipulated media’ tag to the tweets. Twitter MD Manish Maheshwari also informed to be present when the special cell teams visited their Indian office. Manish Maheshwari said he is the sales head of Twitter Communication India Private Ltd. But his verified Twitter account saying that he is MD of Twitter.

Ministry sources had said, “In its communication to Twitter, the Ministry has stated that a complaint has already been made by one of the concerned parties before local law enforcement agency questioning the veracity of the toolkit and the same is under investigation.” Sources said that Twitter has taken an arbitrary and unilateral decision regarding the matter. Even earlier Indian Government raised objections to label the tweets.

Facebook Says Aim to Comply with IT rules; Google to ‘Refine Approach’