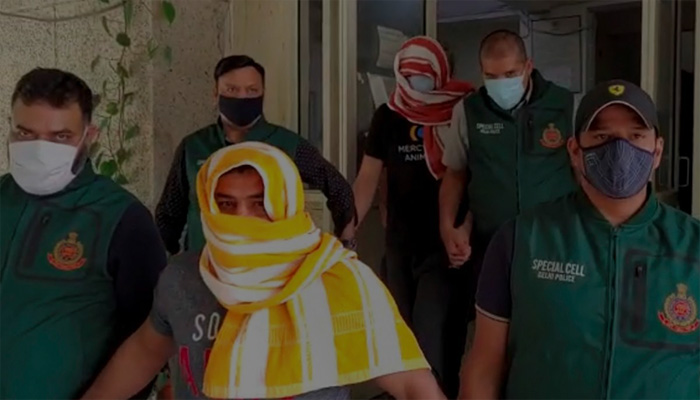 The Delhi Police Crime Branch will be handed over the case related to the Chhatrasal Stadium brawl that case led to the death of a 23 years old wrestler Sagar, the official said on Sunday.

The latest update on this case is, the Olympic medallist wrestler Sushil Kumar and his aide Ajay arrested in outer Delhi's Mundka area. The police said, which is currently being investigated by the northwest district area, will be officially transferred to the crime brand unit on Monday.

The entire case related to the incident happened on 4th may, when wrestler Sagar Rana murdered and two of his friends Sonu and Amit Kumar were injured, and they were allegedly assaulted by Sushil Kumar, Ajay and other wrestlers.

Here is double Olympic medallist #SushilKumar after his arrest this morning! Ironic that he got nabbed on the #worldwrestlingday pic.twitter.com/H6DNdZCqPk

After the death of Sagar, Sushil Kumar left the city and kept changing his location that’s why it takes time to catch then but finally now sushil kumar and his aide ajay arrested & case now investigated by crime branch.

Several police teams, crime branch and four other special cell teams conducted raids in Delhi, Uttar Pradesh, Uttarakhand, Haryana and Punjab, another official said. Even Delhi police announced Rs 1 lakh reward for information which leads them to the Sushil Kumar. And another 50,000 rs reward for giving the information of the location of his aide Ajay.

“On Sunday Morning, we got source based input that Sushil Kumar, along with his associate, was on the way to collect cash from one of his friends in West Delhi when he was caught by a team of special cells from Mundka.” a police official said.